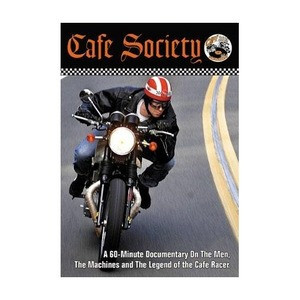 This is the original full feature Cafe Society film produced by Cafe Racer magazine. The DVD is a 60 minute documentary chronicling the cafe racer society that developed in the early 1950's on the streets of England.

From their origins on the streets of 1950's England, the cafe racer has become one of the world's most desirable and distinctive motorcycles. Join the editors of Cafe Racer magazine for a full-throttle blast as the people behind one of the most enduring motorcycle subcultures of all time tell their stories.

This product hasn't received any reviews yet. Be the first to review this product!